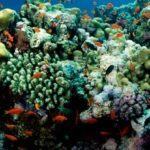 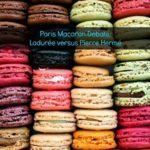 Ladurée is a famous pâtisserie, or pasty shop, in Paris that is well-known for its yummy, rainbow-colored assortment of macarons. Many visitors flock to the main Ladurée store along the Champs-Elysées, but have you heard about the second most famous macaron stop in Paris: Pierre Hermé? Pierre Hermé actually worked at Paris competitors Fauchon and Ladurée before striking it out on his own and now has a number of locations named after himself. Whereas Ladurée is known for its Belle Époque store décor and more traditional offerings, Pierre Hermé is known for innovative and creative flavors combinations. For instance, one of the current seasonal macaron flavors at Pierre Hermé is olive oil with mandarin orange and cucumber water! Now, if you’ve been reading my blog you’ll know we already discussed our discovery of macarons at Ladurée during our 2012 Paris visit which you read about here. But on our subsequent visit this past… END_OF_DOCUMENT_TOKEN_TO_BE_REPLACED 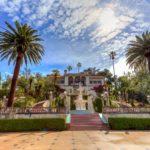 Hearst Castle, a hilltop mansion built by William Randolph Hearst, is located along the beautiful Central Coast of California in the tiny town of San Simeon. The infamous newspaper magnate William Randolph Hearst with the aid of San Francisco architect Julia Morgan began construction of his dream mansion in 1919, a project that would continue for the next 30 years. Hearst named the property “La Cuesta Encantada” (Spanish for “The Enchanted Hill”). The architecturally eclectic property, now known as Heart Castle, had a private airfield, two giant swimming pools, a movie theater, tennis courts, over 100 acres of gardens, two greenhouses, and the world’s largest private zoo. The property was once open only by invitation to A-list celebrities and politicians, such as Clark Gable, Joan Crawford, Charlie Chaplin, and Winston Churchill. But today Hearst Castle is a historical landmark offering tours to the public. We’ll tell you everything you need… END_OF_DOCUMENT_TOKEN_TO_BE_REPLACED 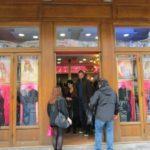 If you are interested in buying some clothes in Paris, but don’t have too much money to spend, Free P Star may be a great store to check out. Free’P’Star is a Parisian vintage store that currently has three locations in the Marais. While many vintage clothing shops in Paris have me saying “C’est trop cher”, prices at Free’P’Star begin at just 1€! We happened upon the store on Rue de Rivoli while doing some exploring in the Marais this past Spring and thought we’d share our discovery for those of you searching for some cheap vintage fashion finds in Paris. Our stop here turned out to be a little shopping adventure. Basic Info on Free’P’Star Store Locations: All three Paris store locations are in the Marais in the 4th arrondissement so you could actually hit all three in an afternoon if you are ambitious. Addresses: 1) 8 rue Sainte… END_OF_DOCUMENT_TOKEN_TO_BE_REPLACED 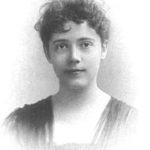 In November 1889, two young female journalists, Nellie Bly and Elizabeth Bisland, set out for the journey of a lifetime—both with the goal to try to travel around the world in less than 80 days. These two very different women were sponsored by competing newspapers to beat the record of Jules Verne’s fictional Phileas Fogg from his novel Around the World in 80 Days. Such a feat had never been undertaken before and it was not even known if it was indeed possible at the time. Certainly many people at the time believed that it was impossible for a woman to do so. This race around the world made daily headlines and people from around the country (and indeed the world) closely followed these women’s journeys around the world. I stumbled across the names of these two American women on a random Internet search and became intrigued as I had… END_OF_DOCUMENT_TOKEN_TO_BE_REPLACED 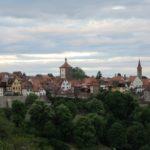 Rothenburg ob der Tauber is a shopping mecca for many visitors to Germany, and we want to share some of our favorite souvenir ideas from our time in Rothenburg. Rothenburg ob der Tauber is a small medieval town along Germany’s Romantic Road. The little town offers picture perfect medieval views, but it can also be overrun with hordes of tourists, especially in December and during the Summer months. While there are a number of interesting things to do in Rothenburg that should not be missed, this post will focus  on shopping in Rothenburg. In all honestly, neither Ethan nor I are big shoppers when we travel, but we happened to be in Germany at the same time as two loved one’s birthdays and a wedding so we ended up needing to do a bit of shopping during our time in Rothenburg. During our hunt for some perfect gifts, we discovered a… END_OF_DOCUMENT_TOKEN_TO_BE_REPLACED 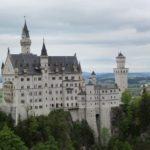