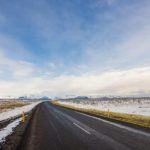 After our winter Iceland trip, we have put together a useful guide to driving in Iceland in winter. Iceland is a wonderful country for a road trip, but winter road conditions and closures can make it a stressful experience for those who are not prepared. We cover everything you need to know before you go, how to be prepared for driving in Iceland in winter, and what to do in the event of an emergency.  We’ll tell you what road conditions are like in Iceland in winter, what kind of car to rent, rental car insurance options, the best areas of Iceland to visit (and avoid) in the winter, how to prepare for a winter Iceland road trip, and how to stay safe. We also provide a list of alternative travel solutions for those who decide they do not want to drive in Iceland during the winter but still want to… END_OF_DOCUMENT_TOKEN_TO_BE_REPLACED 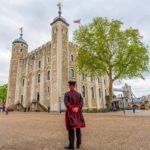 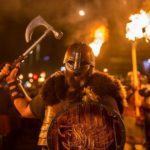 After attending Edinburgh’s Hogmanay several times, we’ve finally decided to write a guide to celebrating Hogmanay in Edinburgh! Hogmanay is the Scottish word for New Year’s Eve and Edinburgh’s Hogmanay festival has become one of the largest New Year’s celebrations in the world. Edinburgh’s Hogmanay is a 3-day festival full of events that include a torchlight procession, live music concerts, family events, a massive street party, traditional dancing, fireworks, and even a costumed parade that ends with a cold dip in the river! If you are interested in celebrating the New Year in Edinburgh, we’ll tell you all you need to know to help you decide if you want to go and what you can do at the festival. We provide advice on planning ahead and finding accommodation, break down the Hogmanay events day by day, and give plenty of tips for making the most of your trip to celebrate Hogmanay… END_OF_DOCUMENT_TOKEN_TO_BE_REPLACED 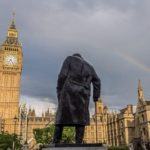 Winston Churchill is one of the most well-known British figures of the 20th century, and today it is easy to find traces of Winston Churchill in London. Although Churchill traveled extensively, there is no city more central to his life than London. It was here that he went to school, sat at Parliament, married, lived with his family, served as Prime Minister, coordinated much of the war effort during World War 2, and died. Although Churchill is best known for his role as Britain’s fearless wartime leader during WWII, he was a well-rounded man who also served in the military, bred race horses, produced over 500 paintings, became an amateur bricklayer, won the Nobel Prize for Literature, and wrote love letters regularly to his wife. Today Winston Churchill remains as intriguing and divisive as he was in life, and London is the best place to learn more about this complex former… END_OF_DOCUMENT_TOKEN_TO_BE_REPLACED