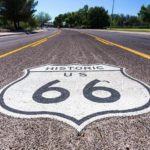 A Route 66 road trip is a driving adventure along what is probably the most famous road in the world. Historic Route 66 spans over 2,400 miles and crosses 8 states, starting in Chicago, Illinois and terminating at the Pacific Coast in Santa Monica, California. Given its “66” designation in 1926, it became a well-traveled highway, bringing together people from all walks of life. John Steinbeck would refer to Route 66 as “the mother road, the road of flight” for those trying to escape the Dust Bowl and ravages of the Great Depression in the 1930’s. Later it would support a countless number of vacationing families from the Midwest heading to the Grand Canyon or Disneyland. As more Americans took to the highway, a roadside culture would spring up along Route 66—motels, diners, gas stations, tourist attractions—to cater to a population that was increasingly mobile. Today it is that classic roadside… END_OF_DOCUMENT_TOKEN_TO_BE_REPLACED 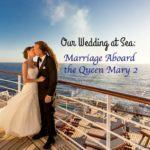 I have been wanting to write a post about our Queen Mary 2 wedding at sea for a few months. In August, Laurence and I got married at sea aboard the Cunard Queen Mary 2 ship as we sailed from New York City to England. We had struggled for a few months to decide on a wedding location given that we have different nationalities, residences, and family and friends spread out across the world. We already wanted to do a transatlantic cruise aboard the RMS Queen Mary 2 as a way to get to the UK and once we booked this, we decided to also hold our wedding here. We were married by the ship’s captain, Captain Kevin Oprey, about halfway between the United States and England while sailing on the high seas of the Atlantic Ocean. It was a wonderful experience for us, but a wedding at sea is not for… END_OF_DOCUMENT_TOKEN_TO_BE_REPLACED 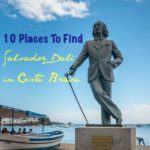 Most fans of Salvador Dalí are familiar with the fact that the surrealist artist was born in the Costa Brava region of Catalonia Spain, but not everyone knows that this region is the best place to experience the inspirational world of Dalí. The Costa Brava region of Catalonia is situated in the northeast corner of Spain and is best known for its sunny beaches, all-inclusive resorts, rugged landscapes, hiking and biking trails, fine dining, and for being the birthplace of Salvador Dalí. It is in this area of Spain that Dalí drew inspiration for many of his surrealist works and it is here that fans of his work can best get a sense of the artist’s life and actually visit the places that inspired him. The three most famous places which form the so-called Dalian Triangle are the much-visited Dalí Theatre-Museum in Dalí’s hometown of Figueres, his adulthood home in Portlligat,… END_OF_DOCUMENT_TOKEN_TO_BE_REPLACED