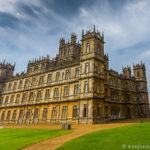 Highclere Castle is best known as the real-life Downton Abbey, as it was where Downton Abbey was filmed. Many people visit to see the fictional home of the Crawley family and their servants. However, Highclere Castle, the family seat of the Earls of Carnarvon, has a rich history of its own that rivals the fictional stories of the TV series. The current Earl’s family has been living on the estate since 1679. The Carnarvon family has been involved in the founding of Canada, the discovery of King Tutankhamun’s tomb in Egypt, scandalous affairs, and sordid court cases. Royalty, politicians, famous writers, and film stars have stayed at Highclere Castle. The great thing is that you can visit Highclere Castle to see it for yourself as it is open to the public during certain times of the year. The main three things to do at Highclere Castle are to tour the… END_OF_DOCUMENT_TOKEN_TO_BE_REPLACED