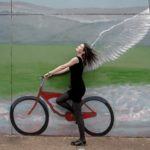 Following a recent 5 day visit, we decided to write a travel guide to the top things to do in Huntsville Alabama. Although Huntsville is best known for its space-related attractions, we discovered that there is much more to see in this city than rockets and space shuttles (although rockets are awesome!). Huntsville is a city in northern Alabama that initially grew because of its cotton and railroad industries, but today it is best known for its military technology and aerospace industries. It was here that scientists designed and tested the Saturn V rocket that would send men to the moon for the first time. Today, the city is full of rocket scientists and NASA’s Marshall Space Flight Center continues to be at the forefront of U.S. rocketry research and construction, earning Huntsville its nickname “Rocket City”. Huntsville’s top visitor attraction is definitely the excellent U.S. Space and Rocket Center and… END_OF_DOCUMENT_TOKEN_TO_BE_REPLACED 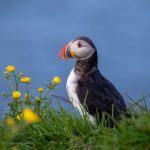 Want to see puffins in Iceland? Well, we have the guide for you, and we’ll share with you all the best spots to see puffins in Iceland. Puffins can be found in all areas of Iceland, you just need to know where to look. The Atlantic puffin has become an emblematic animal of Iceland, and many visitors want to see this cute black-and-white little bird with its bright orange beak and webbed feet. Luckily, Iceland is one of the best places to see puffins as it is home to the largest colony of puffins in the world, and over half of the world’s population nest here each year. Although numbers have been sadly declining in recent years, it is estimated that over 5 million Atlantic puffins nest in Iceland each year during the spring and summer months. However, even though there are millions of these little birds in Iceland, they are… END_OF_DOCUMENT_TOKEN_TO_BE_REPLACED