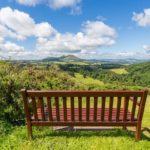 A visit to the Scottish Borders is an easy day trip from Edinburgh, and allows visitors to get a glimpse into a relatively unknown region of Scotland. The Scottish Borders is region located in the southeast part of Scotland, with the Southern section forming part of the border with England. It is sparsely populated, largely rural, and covered with rolling hills, wild moorland and meandering rivers. Like in many regions of Scotland, you’ll find historic towns, ruined abbeys, castles, footpaths, gardens, and farmland. The Scottish Borders is well known for its agricultural and food products, often referred to as Scotland’s natural larder and fresh local produce and farm-to-table meals are easy to find here. Short and long distance walking paths crisscross the entire region and are a great way to explore. Just south of the Borders, you can also visit the UNESCO heritage site Hadrian’s Wall and loads of places steeped in Roman history…. END_OF_DOCUMENT_TOKEN_TO_BE_REPLACED 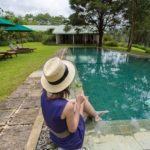 Ceylon Tea Trails is probably the most coveted place to stay in Sri Lanka, and a perfect place for history and tea lovers like us. Nestled among the scenic tea-carpeted hills of the Bogawantalawa region, you’ll find five colonial-era tea planter bungalows which have been turned into a private luxury resort. Each of the historical bungalows has its own distinctive character and offers a boutique luxury experience in Sri Lanka’s Tea Country. Each of the bungalows offers 4 to 6 unique rooms and a dedicated butler, chef, and house staff. Ceylon Tea Trails was the first Relais & Châteaux property in Sri Lanka and remains one of only two in the country. A stay here is worry and bill free as rates include all meals, most drinks, laundry, taxes, and services. A typical day here includes waking up to a traditional Bed Tea each morning served by the butler, spending the afternoon by… END_OF_DOCUMENT_TOKEN_TO_BE_REPLACED